A Look Back
2021 was a big year for resin 3D printing with the launches of the Elegoo Mars 3, Anycubic Photon Mono X 6K and Phrozen Sonic Mini 8K as well as the announcement of upcoming large-format printers like the 12.8" Elegoo Jupiter and Phrozen Sonic Mega 8K which will clock in for printing duty with an absolutely gargantuan 15" LCD!

While 2021 saw the major manufacturers racing toward ever higher resolutions and larger print sizes - trends which will continue into the first half of 2022 - I believe that some of the fundamental focuses will begin to shift in 2022. And here's how:

DLP will be slow to grow
Up to this point, most consumer-grade 3D printers have used MSLA (masked stereolithography) technology. MSLA printers emit a strong UV light through an LCD screen which displays masking images to dictate where light shines through and where it doesn't. By contrast, DLP (digital light projector) printers use a digital image projector and mirrors to focus images in UV light onto the curing surface of the part.

While DLP technology in 3D printing has existed for some time, it has largely existed only on high-dollar commercial machines. Anycubic's Photon Ultra seeks to change that. Kickstarter-priced as low as $399 ($599 retail) - the Ultra will be the first printer to bring DLP onto the workbench of home hobbyists. 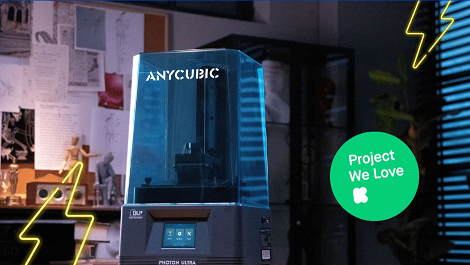 According to Anycubic's Kickstarter, DLP promises to make 3D printers:
While the benefits of DLP printers certainly seem impressive, I don't think 2022 will be their year. The DLP chips are currently only made by Texas Instruments and Sony and are still quite expensive. As a result, it will be some time before consumer-grade DLP printers will be able to offer the large print sizes the market demands at a price that is accessible to the home user.
Resolution and size will play less of a role in new developments
It wasn't that long ago that 2K printers were considered the top consumer-grade resin printers. In just a couple short years, we've seen 2K give way to 4K, then 5K and 6K and now 8K printers. Phrozen's new Sonic Mini 8K offers an astonishing pixel resolution of 22um (.022 mm) for truly incredible detail and almost invisible layer lines on curved surfaces.

So surely the race to even higher resolutions will continue full speed ahead, right? My guess is no. In a world where the manufacturers have been locked in a race to ever higher resolutions, why would they stop focusing so heavily on resolution? The answer is simply one of diminishing returns - the resolution of hobbyist resin printers is quickly reaching the point where any further improvements will be indistinguishable to the naked eye.

Printer size is another area where a limit seems to be fast approaching. The newest, largest printers offer huge capability to the hobbyist printer, but practical limitations such as resin capacity, printer size and FEP film capabilities mean that consumer-grade printers are unlikely to get much bigger. 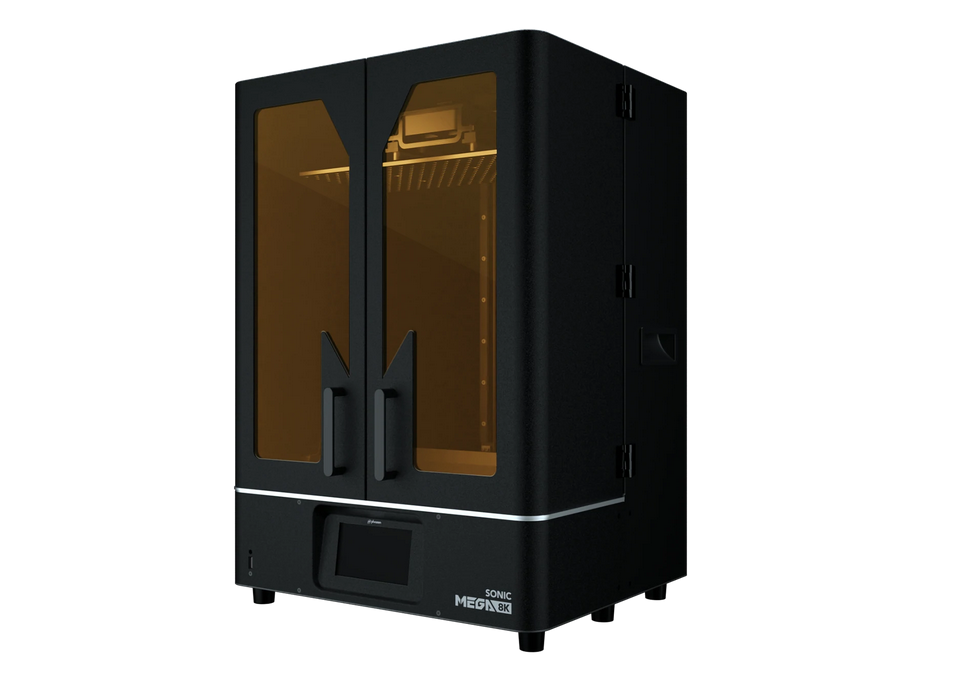 Phrozen's Upcoming Sonic Mega 8K
So in a market where resolution and size are effectively maxed out, what will be the next frontier for the printer manufacturers? I see two areas that I think will be the next areas of focus for the manufacturers: printing speed and ease of post-processing.

With resolution and print size maxed out, 2022 will see the manufacturers starting to compete instead on print speed. Print speed still remains one of the biggest limitations of resin printing. While today's mono-screened printers offer much greater speeds over older RGB printers, there still is room for improvement in this regard.

In addition, the post-processing remains a turn-off for many would-be buyers of resin printers. Many people see the mess, fumes and extra work involved in cleaning prints and removing the supports as a barrier to purchase. As such, I think the printer manufacturers will address these concerns to make resin printing easier for the average hobbyist.

These two factors lead to what I think will be the next big thing for 2022:

Top-down printing will emerge as the way forward.
Once exclusively in the realm of industrial printers costing hundreds of thousands of dollars, top-down printing has the potential to revolutionize the home printing market. Top-down printing, as the name implies, operates in the exact opposite way from traditional MSLA resin printing. On a top-down printer, the build plate sits at the bottom of the build area and faces up. The UV image used to cure the resin is projected from the top of the machine as opposed to the bottom as in an MSLA printer. In a top-down machine, the build plate starts level with the surface of the resin and then sinks down further into the vat as the print progresses. This design offers a multitude of advantages including:
So how much faster is top-down printing? Well, Chinese company Hitry who has announced the first consumer-grade top-down printer, the Rocket 1, claims printing speeds 20-60x faster than traditional MSLA! In fact, they claim that their Rocket 1 can print up to 380 mm/hour - that's almost 15 inches per hour!
Hitry Promotional Video for Rocket 1 Kickstarter
With such incredible print speeds, easier post processing, no layer lines and the ability to print totally clear parts, top-down printing seems like a truly revolutionary technology. Hitry's Rocket 1 Kickstarter is just the beginning and I predict that top-down will be the future of resin printing.

For 2022, I expect at least one of the big manufacturers to get in on the top-down game. If I had to bet on which one, my money would be on Anycubic. After all, Phrozen is still in catch-up mode trying to fulfill Sonic Mini 8K orders, and Elegoo will be tied up building and shipping pre-ordered Jupiter units. Anycubic on the other hand has the DLP technology they've already invested in for the Photon Ultra which would be an ideal type of image projection for top-down printing.

My wish for 2022 - A true open-source SLA architecture
Chitubox caused quite a panic in mid-2021 by announcing that many printers using Chitu Systems motherboards would be locked to Chitubox for slicing. Not only did this alienate devotees of Lychee and other slicers, more importantly it sparked concerns about the future of free slicing software and worries that Chitu systems would essentially take up a monopoly on the resin printing market and force users into "upgrading" to paid versions of their software.

While Chitu Systems eventually walked back their line and stated they would make their development code available to other companies, the whole debacle highlighted how little true choice exists in the young resin printing market. After all, the printers from all the major manufacturers use hardware developed by Chitu. As it stands now, the home hobbyist resin 3D printing market is a de facto monopoly, leaving all the power in Chitu's hands. Without vigorous competition in the market, Chitu Systems has little impetus to continue improving their products, both on the hardware and software side.

Some enterprising individuals and startups have set out to develop an open source approach to resin 3D printing which could help stabilize the market and prevent hobbyists from bearing the brunt of one company throwing around its will, or worse sitting on its laurels. Instead of developing new chipsets and circuit boards from the ground up, a lot of this open source development seems to be taking place using open source micro computers such as RaspberryPi.

My wish for 2022 is that a truly viable and accessible open-source printing architecture makes a big enough presence in the market to at least put Chitu on notice that ours is a community of makers and problem solvers who won't just idly sit by and accept bad products or bad business.

If you're ready to supercharge your model car and truck building with 3D printing, join us today in The Garage!
Members receive access to:
Click here to learn more about our membership options. 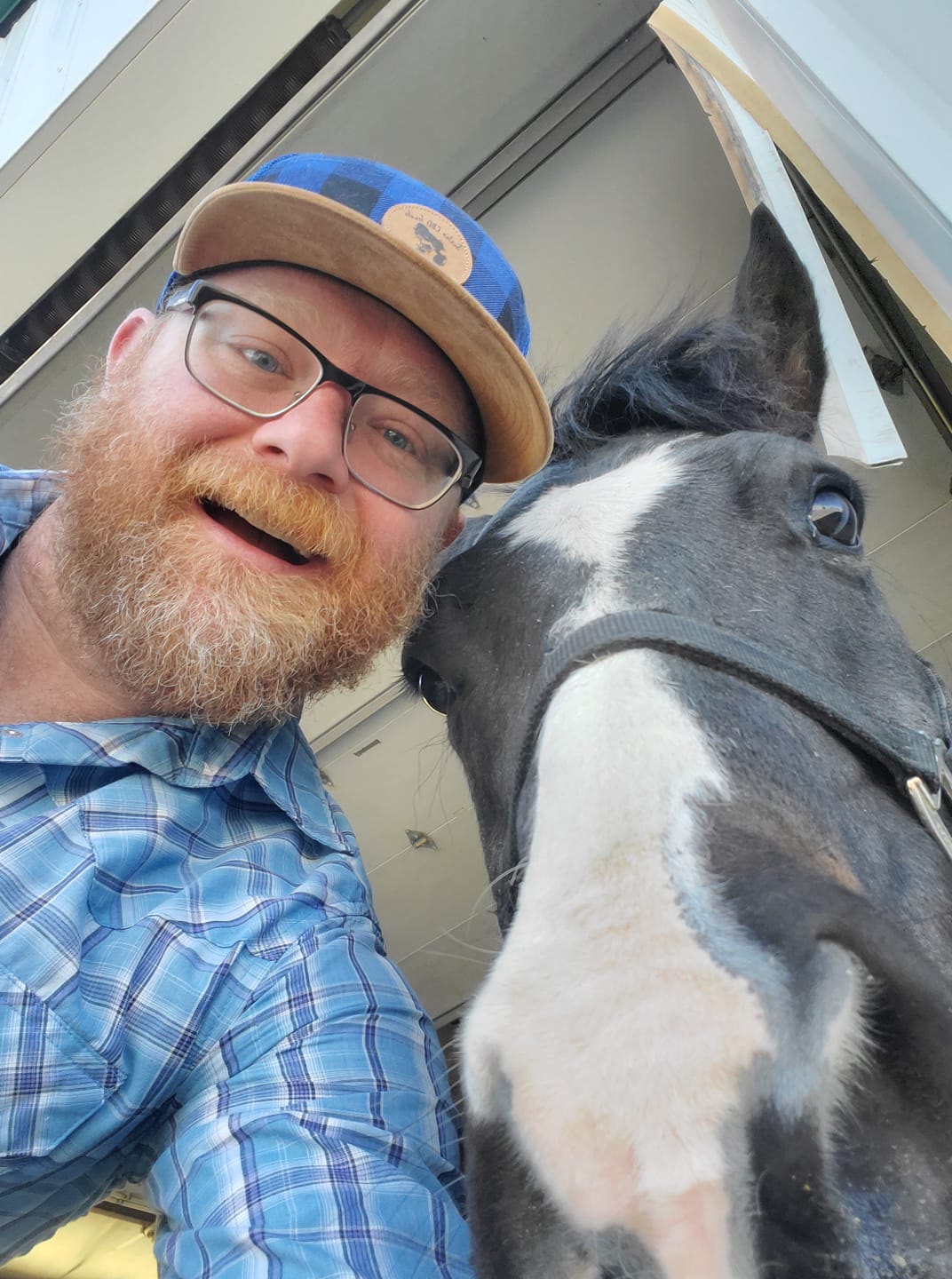 Author: Chris Bell
Chris Bell is the Founder of Scale Speed Garage which is THE number one resource for all things model car 3D printing.
He is the one on the left in the photo.